Nowadays it seems like copywriters are constantly being encouraged to use ‘power’ words, ‘emotional trigger’ words and ‘charisma’ words in all their copy.

It seems it’s to ensure our headlines pack as big an emotionally persuasive power punch as possible.

But it’s not easy because we also have to remember 101 other things, copywriting formulas and principles at the same time!

And while there is some truth that certain words can be more compelling than others, the majority of the time it all depends on context and where and how you are using the words.

This is best illustrated by a story about a chap by the name of Rosser Reeves.

Reeves was an influential ad man from the MadMan era who also coined the now ubiquitous term ‘Unique Selling Proposition’ (USP) among his many achievements.

Despite this, he is most well known for being the protagonist in one of the most famous stories in advertising.

Reeves and a friend were in Central Park one lunchtime when they came across a poor homeless blind guy begging for money. He had a cup for donations in front of him and beside this was a cardboard sign with ‘I am blind’ handwritten on it.

There were only a few coins in the beggar’s cup which clearly indicated he was not doing very well. Reeves had a bet with his friend that he could write just four words on this sign to change this guy’s fortune for the day.

The beggar agreed, and Reeves got to work.

A short time later passers-by were stopping and contributing in droves, and in no time at all the beggar’s cup was overflowing with cash.

I am guessing you want to know what incredible power words Reeves wrote?

It is springtime and

‘It is springtime and I am blind’. 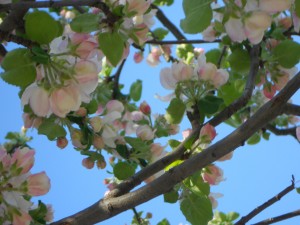 This moved passers-by to automatically empathise with the beggar’s plight, powerfully adding clarity while at the same time contrasting their reality with his own.

Using contrast in this way is a really powerful framing technique to get people to do what you want them to.

So you see it is not so much the words you use, but how and when you use them.

Perhaps you can apply this principle of contrast to your own copy re your products and offers? Add clarity to your offer and get people donating to your cup?

Or of course, just hire me to do it for you!