10 Logical Fallacies You Should Know and How to Spot Them

A logical fallacy is an error in reasoning or a false assumption that might sound impressive but proves absolutely nothing. Sometimes they are completely unintentional, but more often than not they are used by people during debates, arguments or presentations to mislead you into thinking, acting or behaving in a certain way.

As you might expect salespeople, politicians and con artists use them all the time often very skilfully, and the public innocently continues to fall for them.

So, knowing how to spot a logical fallacy and call it out or refute it can be an incredibly useful life tool to have at your disposal.

Unsurprisingly there are a lot of logical fallacies, hundreds, in fact, so to learn them all is a big task. But to help you on your way here is a list of the 10 most common ones for you to get your head around and start your learning journey. 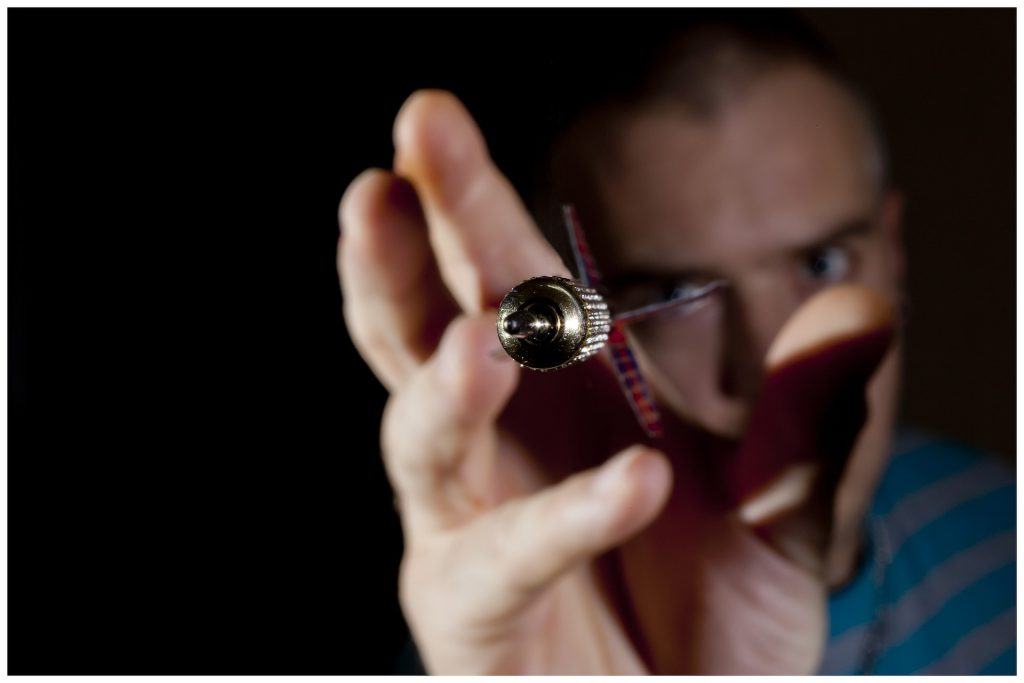 Let’s start with probably one of the most common offenders. Also called ‘poisoning the well’ or the ‘personal attack’ you will have I am certain seen the ad hominem fallacy used all the time.

How it works is that rather than refuting an opponent’s argument the person attacks the individual instead. This can be directed towards their character, morals, intelligence, reputation or credentials. In fact, it really doesn’t matter, the main thing to remember is that they are not addressing the actual argument being presented but relying purely on feelings and prejudices to win their case.

Here are some typical examples: “He is so evil you cannot trust a word he says about ______ ” or ”Of course you would say that because you support _____” (incidentally going forward please fill in all gaps in any way you like!).

P.S. There is also a variation to the Ad Hominem called ‘Guilt by Association’ that you also need to watch out for and the clue to how it works is in its title!

2. The Appeal to Authority 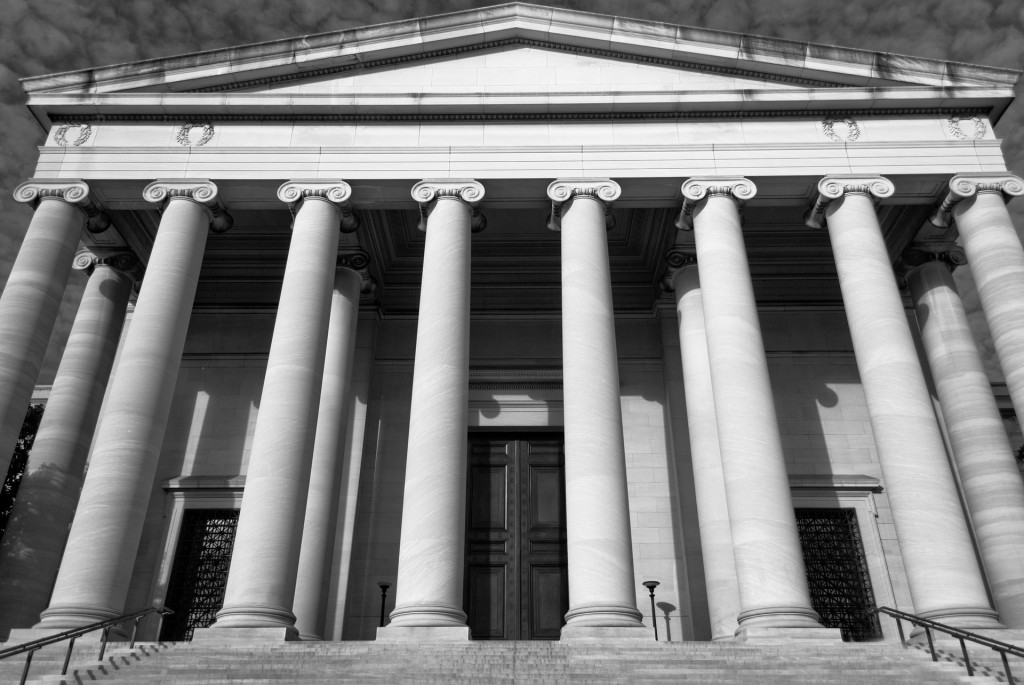 This is another much loved and of course widely used and abused fallacy.

It works by stating that whatever is claimed is true because a ‘so-called’ authority said so rather than applying any logical reasoning or providing any evidence to support the claim.

For example: “Raising interest rates by 3% MUST be in the best interests of the economy because the PM said so yesterday on the 9 o/clock news”. 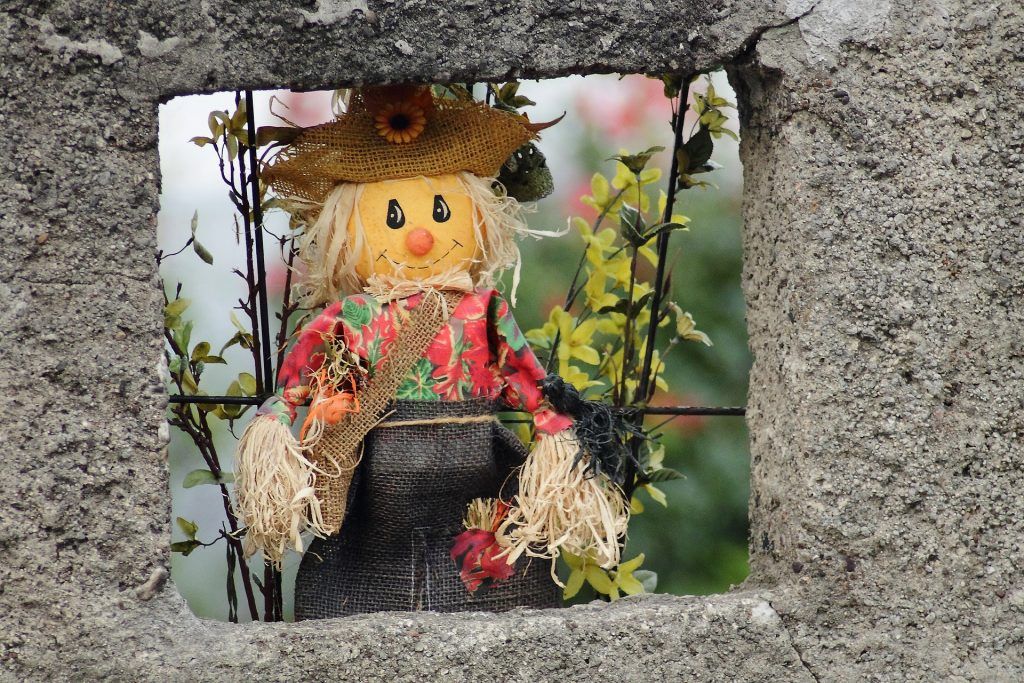 With this fallacy, you argue against a phoney, weak or ridiculous position that you have created, and then proceed to easily knock it down.

For example: “Tree-hugging environmentalists are so dumb they think plants have feelings and are more important than humans”.

Basically every time you see one of those ever so funny comedy skits on Gootube ridiculing someone because they are (please take your pick here) vegan, meat eaters, millennials, GenX, silver surfers, gun owners, pacifists, spiritual, non-spiritual, love tech, hate tech etc, now you know how their little ruse works and what it’s called!

4. The Appeal to Ignorance

This fallacy works by using the premise that since we do not know (or cannot prove) something that it must be either true or false. Which if you think about it is completely ridiculous as not knowing something isn’t proof of anything, well, other than you don’t know something!

Here are some simple examples:

‘We have no hard evidence that fairies exist. Which must mean they are so incredibly magical that they can make themselves completely invisible to humans’.

Or sometimes you might even see some ‘appeal to ignorance’ nonsense dressed up like this as a serious product endorsement:

‘This supplement is totally amazing because no one who has taken it so far has become sick!’

P.S. Disclaimer; I have no idea if fairies exist or not – but think it would be kinda cool if they did! 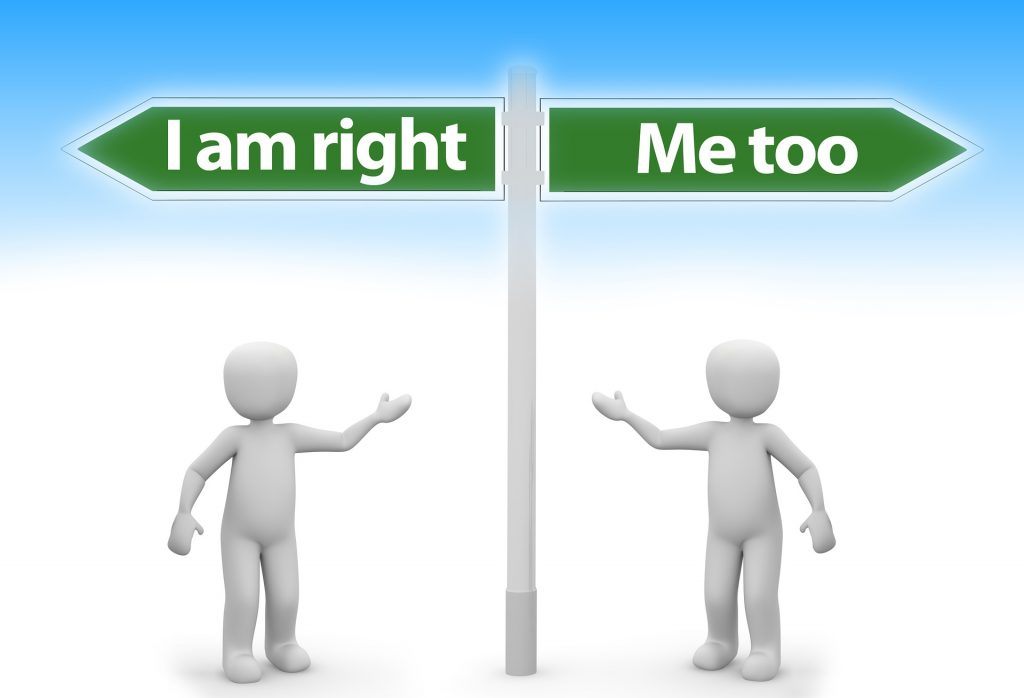 This is also sometimes known as the False Dichotomy, the Black and White Fallacy, or even the Bi-Furcation Fallacy. This is how it works:

Essentially you reduce an argument down to only two options despite the fact that there may be many more (and far better possibilities) to choose from e.g:

‘You’re either with us or against us’ (note #1: This sucker even helped start a horrific war!)

‘You either love me or you hate me’ (note #2: Hang on a minute, what about words such as; ‘like’, ‘fancy’, ‘adore’ or ‘respect’ – or the many other hundreds of attitudes, opinions and emotions you can have about another person???).

6. The Slippery Slope aka The Domino Theory 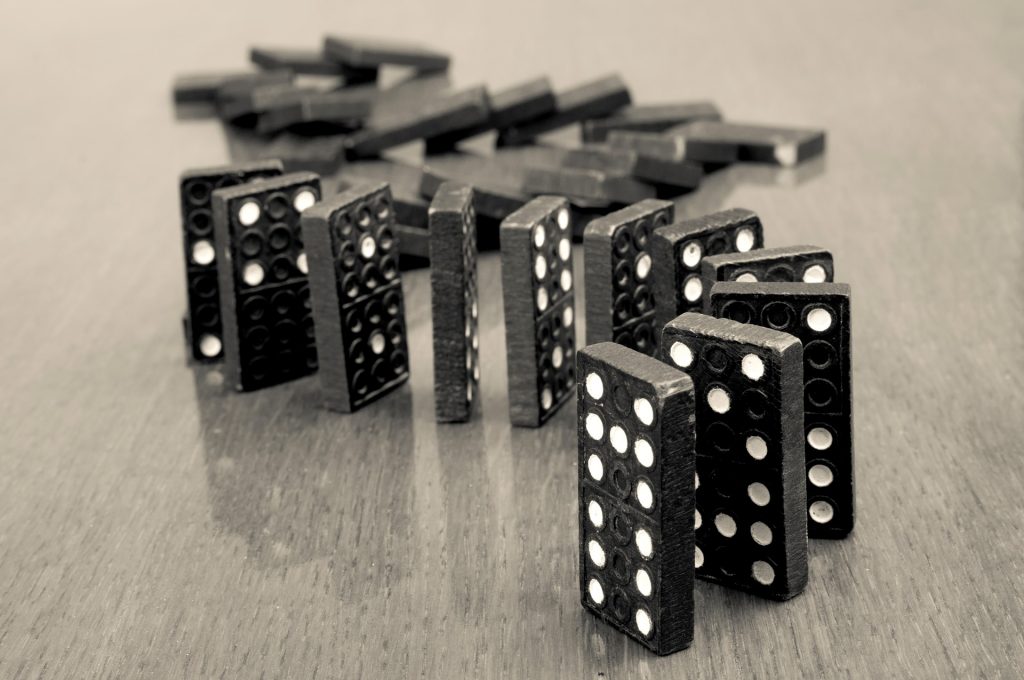 This fallacy works by taking an argument from a sensible moderate place and moving it to an extreme place via a one thing leads to another kind of route regardless of any logic or rational evidence to support the claim.

Of course, like most fallacies, you will see it played out everywhere, but it is an extremely common occurrence in houses with stroppy teenagers who have sensible, concerned parents. Typically the arguments go something like; “You simply must let me go to the psychedelic Goa trance music festival this weekend, if I don’t go my friends will think I am totally square and a complete loser, they will then dump me and I will end up with no life whatsoever, and be forced to spend the rest of my life living as a sad recluse with no job, no money, no love life, no social life, and absolutely no future…”.

7. The Circular Argument (Petitio Principii or Begging the Question) 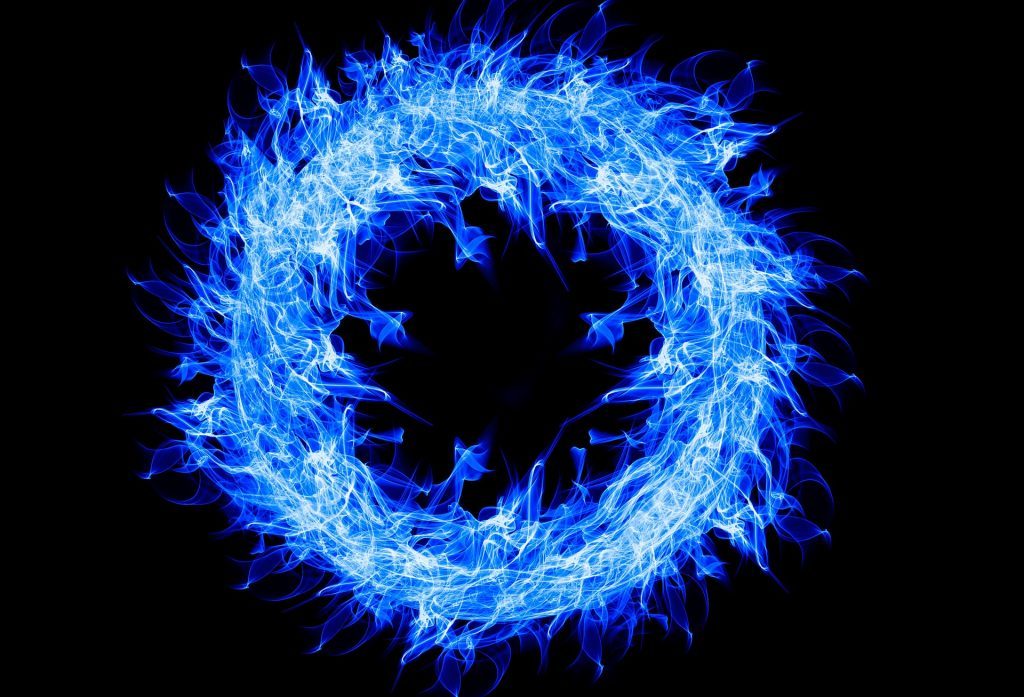 As well as the Circular Argument, Petitio Principii and Begging the Question it also has a fourth name which is; The Vicious Circle. It is called this for a very good reason because it works by repeating what has just been said which, hey presto, creates a completely closed loop aka a circle!

Here are some basic examples:

(Note #3: This fallacy gained fame when it featured in the plot of a really good book called Catch 22. In it the protagonist claims he is mad in order to avoid flying dangerous bombing missions. However, he finds his claim rejected on the grounds that by claiming he is insane it actually proves he must be sane – as only a sane man would try and claim he was mad to avoid flying the deadly missions!). 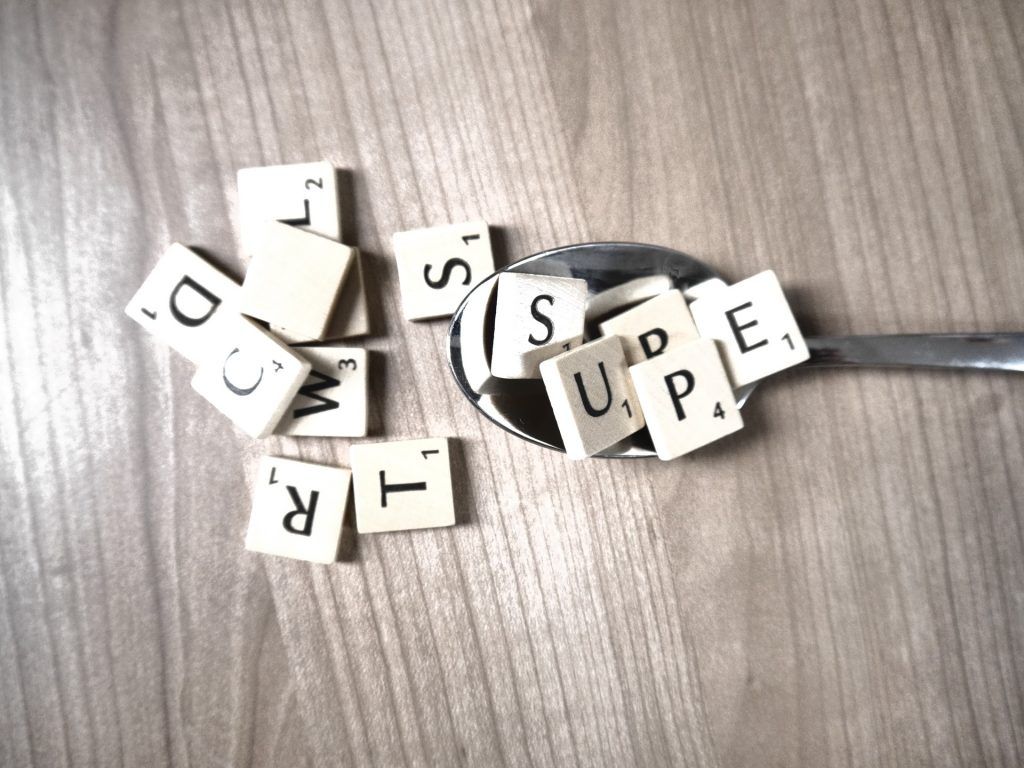 This is the over use of acronyms, abbreviations and occulted language to bamboozle people into thinking that they know what they are talking about and therefore must be right (and you are wrong and ignorant to boot). Sad to say the well-being industry is rife with this sort of hogwash often used to impress and confuse poor saps into taking a dubious course of treatment often at great expense to their body and wallet – allegedly 😉

Example (please note it is a very much made up one):

“It is very often the case that someone suffering from DSW2 deficiency in their lymphatic C5X chromosome system will also show a 6% increase in IOK17 regression marked with a surge in B523C plasma filament growth. The obvious solution is a course of XbandPharma FSX17 meds twice daily and 6 XbandPharma HFD tablets every three days in the morning with a glass of water.” 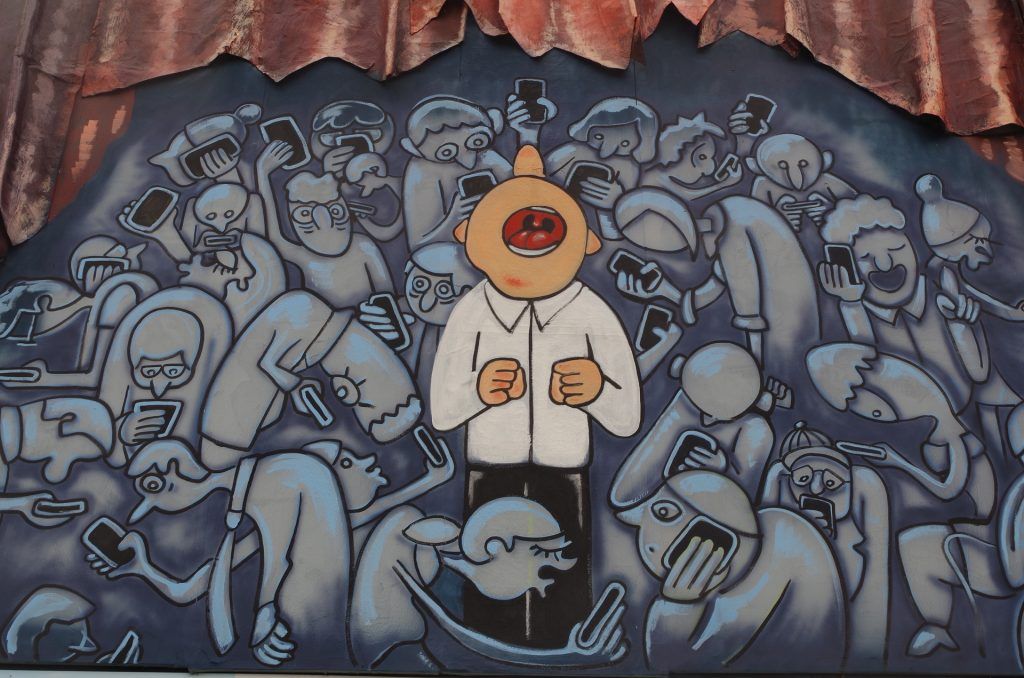 The bandwagon fallacy works on the basis that something is correct, good, true, right or whatever the heck you want it to be just because most people think it is as well. Named after the horse-drawn cart that politicians used to travel around on shouting their dubious election promises and drawing attention to themselves so that people would give them their support and vote for them. If you were dumb enough to be one of them, you could literally jump on the bandwagon and enjoy being taken for a ride!

Anyway, no surprises here but it is a completely fallacious argument. Just because lots of people might all agree with each other about something or another it doesn’t mean for one second they are all correct.

For example; ‘One billion people drink diet _____ every year so it must be the best soft drink in the world’.

You may well have heard of this one. It’s pretty famous after all!

But you may not recognise it in real life as we mostly hear it mentioned in whodunnit TV crime shows.

So how does it work? Well, the red herring is a clever irrelevant argument that distracts you from the real topic being scrutinized.

Apparently named after the smelly fish used when training hunting dogs, it is most frequently employed by crafty individuals who want to lead the conversation (read; argument) away from an area that they are vulnerable into one that they feel is a safer territory.

As you might well imagine ‘guilty’ politicians absolutely love the red herring and will use it in almost every answer that they can possibly get away with e.g. ‘Why are we raising taxes? Well…hmm… we need to increase taxes to generate more revenue to support the existing commitments to primary school education. After all, children represent the future of the country, don’t they? So we absolutely must always support them 100%. Don’t you agree?’. 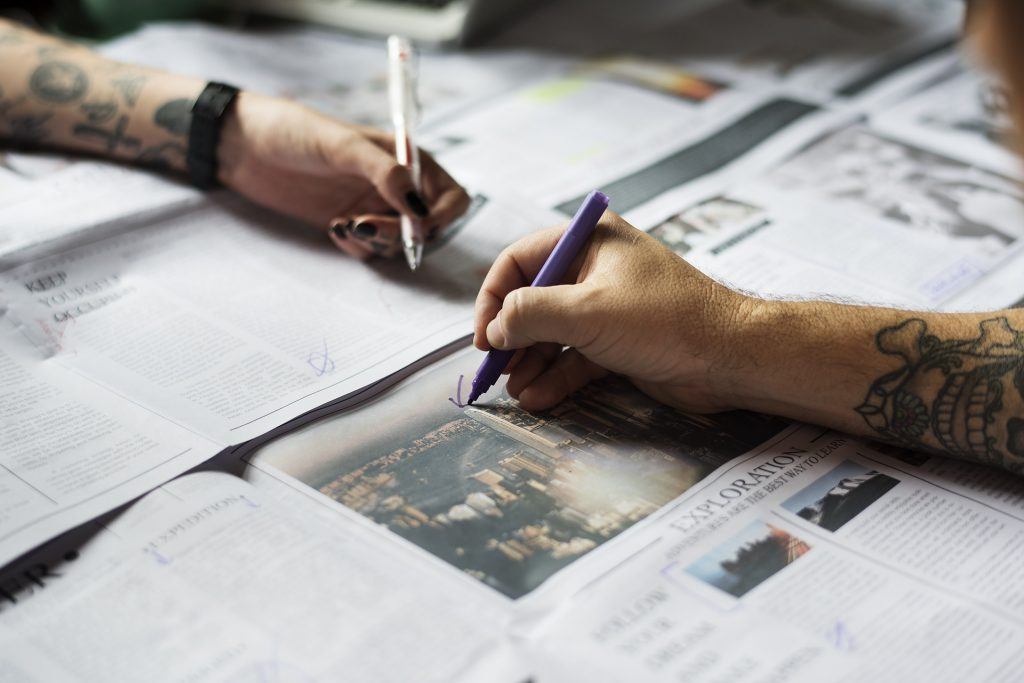 Lastly, and as bit of a special added bonus the ‘PC argument’ (aka Language Control).

We are all for equality and fairness, but please bear with us on this one. This post-modern day piece of fallacious sophistry used to have another name. Ironically it was once simply known as the Name Calling Fallacy.

How it works is you change the nature of something by giving it another name. You must have seen the sort of thing on the news or in the papers all the time.

Naturally, the world of commerce and industry are masters of it just as much as governments are.

There is also another way that PC logic (often the total opposite of factual correctness) can be used very effectively. Rather than simply re-naming things, words can also be weaponised by turning them into ‘control words’ which can be employed effectively especially via name-calling strategies.

These are typically used to shut down debates, inhibit critical thinking and corral the target down carefully constructed mental pathways (and safely away from the issue being discussed).

Of course, as mentioned at the start, there are literally hundreds of other logical fallacies such as the Hasty Generalisation, Fallacy of Sunk Costs, False Analogy, Ad-hoc Reasoning and even the Fallacy Fallacy to name just a few more.

What are your thoughts on the ones presented here? Have you been caught out by a ‘logical fallacy’ lately? Perhaps you have a ‘favourite’ fallacy you would like to share? Let us know in the comments.

7 Things You Need to Know About AI Copywriting Tools

The AI writing tool that saves time, improves your writing and slays the flashing cursor.