In today’s hi-tech, super-fast digital world, it’s all too easy to forget about the past.

As copywriters, we need to know what’s happening around us now, keep up to date with all the new media platforms, the rapidly changing global information landscape and the mountain of material being thrown at us daily via our digital devices.

Otherwise, we can lose relevancy.

But you know what?

I think it’s a mistake to only focus on the present and the future.

Because we still have so much to learn from the past which will help us now and in the future.

I am not just referring to history here either but also looking to our ancestor’s wisdom, mythology and knowledge for guidance.

Take Hercules and his epic twelve labours, for example.

On the surface, it’s just a cracking good yarn about a super-strong hero tricked into a hideous crime and seeking redemption for his ‘blood guilt’. But dig a bit deeper, and you will find some real ‘copywriting’ gold.

Here, let me show you:

Story: Hercules had to slay an invincible lion and acquire his skin. The problem was the lion’s skin was so tough his arrows could not kill it. So, he changed strategy, hit it with a club and strangled it instead!

Copywriting Lesson: There is more than one way to achieve your objective. Sometimes you need to take a step back, re-think your strategy and try a new approach. When it comes to your copy, where possible, test, test and then test again. Just because something has worked in the past, doesn’t mean it will work in the future.

Story: Hercules had to kill a vicious nine-headed water serpent terrorising the countryside. The problem was that each time he chopped off one of its heads two more would appear. Plus the hydra had a sidekick in the shape of a giant crab biting at his heels. What did he do? Well luckily he had his own sidekick to help him out, and after he had despatched the crab, he got his mate to cauterise each neck after he lopped each head off to stop more growing. Annoyingly the last head was immortal, so again he had to find a viable ‘workaround’ which, being Hercules of course did. He cut it off and hid it under a big rock!

Copywriting Lesson: If you don’t do your research properly, it will mean you are not answering all the questions in your audience’s mind. Hence they will keep on appearing. Look to answer all your prospects questions and eradicate their doubts with your sales copy, or it won’t convert.

Labour 3. Capture the Hind of Ceryneia

Story: Hercules had to capture an extremely fast deer with golden horns and bronze hooves. So fast in fact that it could outrun an arrow. But after chasing it for a year, he wore it out and eventually caught it as it tried to cross a river.

Copywriting Lesson: Never give up. Certainly adapt and change your methods when required. But if you want to succeed as a copywriter, you have to learn to be patient, put the hours in and persevere. Even the best copywriters at the top of their game still work hard at their craft. There is no short cut to the top. 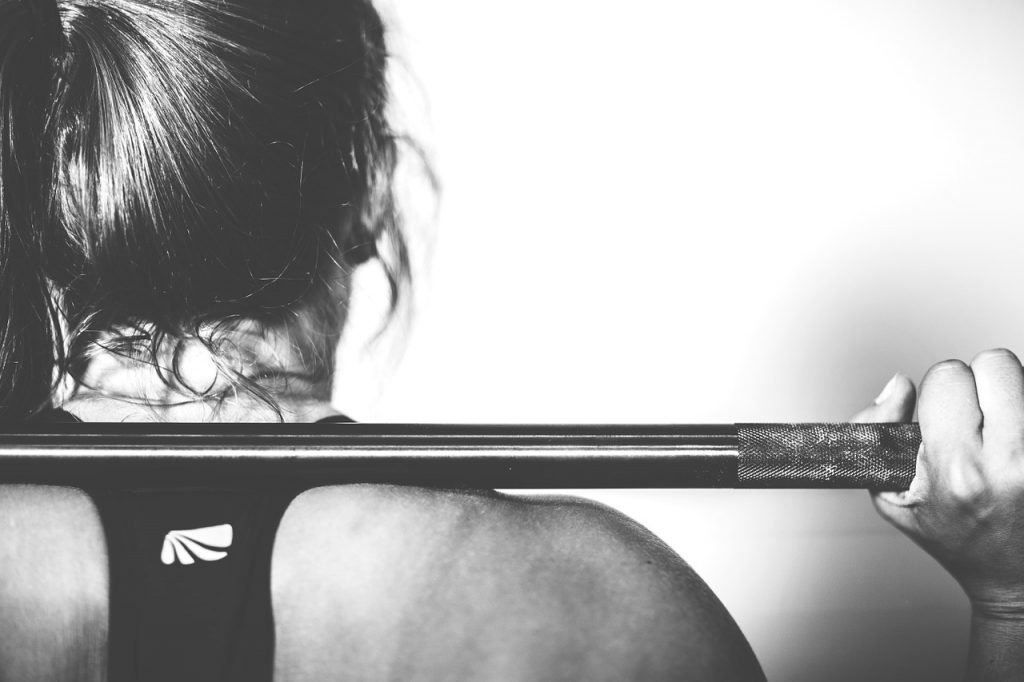 Story: Having succeeded in his previous tasks, his mean cousin King Eurystheus set him off to capture a huge aggressive wild boar. Again Hercules used his cunning as well as his superhuman strength and herded the animal into deep snow where he was more easily able to capture it!

Copywriting Lesson: Work hard but also learn to work smart. A lot of times you will find just throwing all your energy into a task without thinking about the problem beforehand turns out to be a terrible idea. Think about the outcome you want to achieve with your copy and work backwards. Is there something you are missing, is there another way you can achieve your objective?

Story: In the fifth labour, Hercules had to clean a vast filthy stable in just one day on his own. Once again, he achieved the impossible by thinking outside the box. How? He knocked holes into the walls at both ends of the stable and diverted a river right through the stable thus flushing it out completely.

Copywriting Lesson: Sometimes, what seems like a tough and dirty job can be done far more easily than it first seems by using a creative and indirect approach. When you have a difficult job and are lacking inspiration, take a break, go do something different or have a nap. You will be surprised how many times a solution will magically appear.

Story: For his sixth task, he had to remove an enormous flock of man-eating birds plaguing a town. The problem was; however, they lived on a marshy lake that would not support his weight, and this stopped him from getting near enough to deal with them. So in true Hercules style, he obtained some castanets, made an absolute racket and scared them into flight where he was able to easily shoot them down as they flew over his head.

Copywriting Lesson: If you have done your research on your target audience properly, you will know how to get your ‘prospects’ to flock to you. The path is not always ‘as straight as the crow flies’, but fear is a great motivator in copy. Fear of losing out, fear of scarcity, fear of failure…you get the picture.

Story: Hercules had to sail all the way to Crete for his seventh labour and catch a magnificent but completely insane fire-breathing bull! Luckily for Hercules, his wrestling skills won the day, and he was able to take it back to his scheming malevolent cousin.

Copywriting Lesson: No matter how mad a job (or client) might seem at first. Give it a chance, apply your skills and grapple it tenaciously. It could be that the ‘bull’ is nothing more than your own uncertainty, inexperience or even lack of a muse. Once you realise your obstacle and have identified it, grab the bull by the horns. 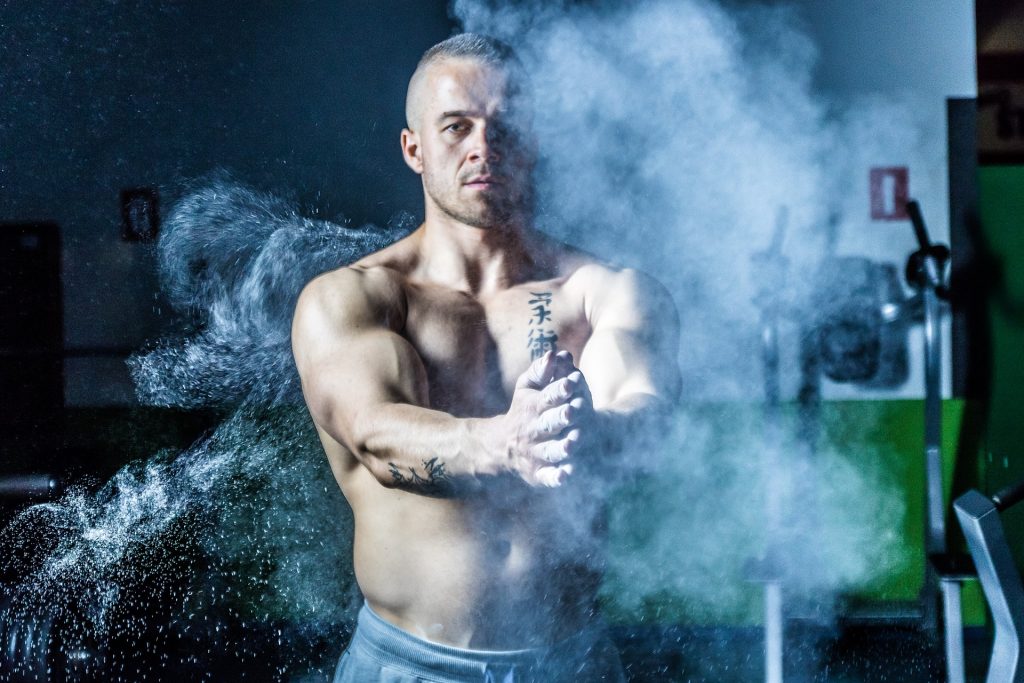 Labour 8: Steal the Horses of Diomedes

Story: Hercules had to capture the mad man-eating mares of Diomedes. Naturally, another next to impossible task. But once again he won the day by cleverly calming the horses down in order to subdue and capture them (I won’t go into too much detail here as accounts differ but trust me they are all pretty gruesome).

Copywriting Lesson: When working to tight copy deadlines and under pressure, we can all get a bit stressed, and when that happens, tempers can get short, and disputes and flare-ups can occur. To avoid this from happening, learn from Hercules that it is easier to control a situation when things are calm and people more reasonable. With your copy, make sure the flow and action you want the reader to take is clear as opposed to muddled, incoherent or just plain ‘crazy’.

Labour 9: Obtain the Belt of Hippolyta, Queen of the Amazons

Story: In this episode, Hercules had to retrieve a special weapon holster type belt from the Queen of the Amazons. Being the charming super cool chap that he was, he actually succeeded in obtaining it rather easily (or so he thought). But, and its a big BUT, things immediately got complicated when his nemesis goddess intervened, and it all ended up in a huge bloody battle – which luckily for him he won!

Copywriting Lesson: Don’t get lured into false feelings of success. When writing copy and editing – things can change very quickly indeed. I know this from bitter experience. Many a time have I produced some great work but my client’s original attitude has changed leaving me taken completely by surprise. Make sure you have a written agreement in place which manages both of your expectations along the way. And learn to project manage properly to avoid unexpected outcomes. 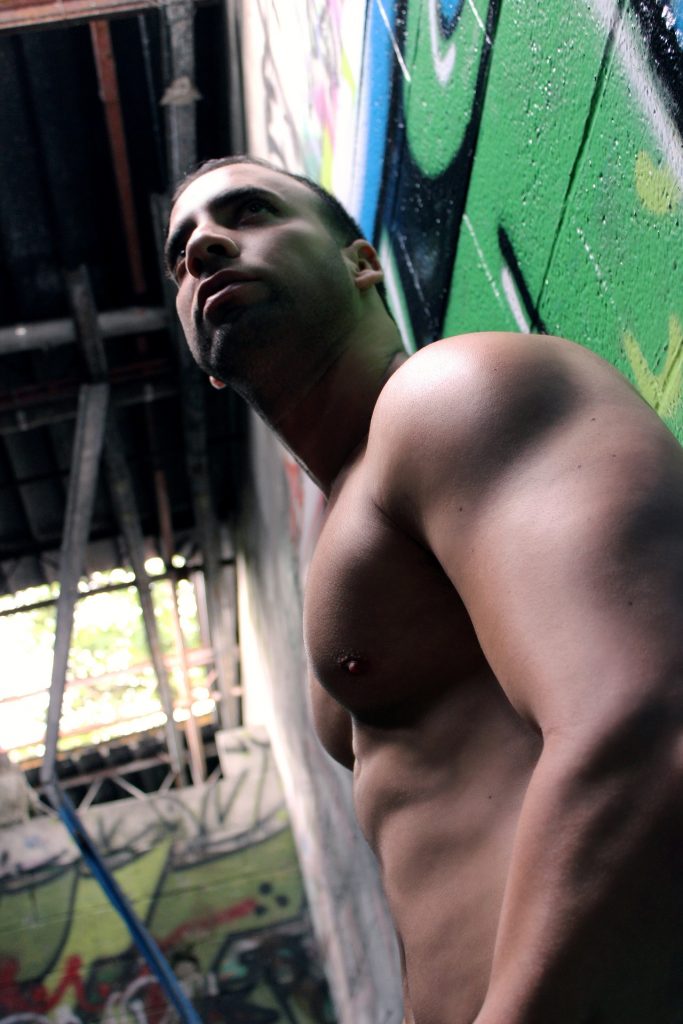 Labour 10: Obtain the Cattle of the Monster Geryon

Story: In this part of the tale our poor old hero had to journey to the end of the world, and in the process managed to create the Strait of Gibraltar by splitting a mountain (hence the name Pillars of Hercules), give the country Italy its name and sail in a goblet (yes, a cup) given to him by the Sun!

Copywriting Lesson: Never be surprised what you can achieve when you put your mind to it. Okay, moving mountains is a tough act to follow but everyone is capable of achieving the incredible if they really want. And that includes getting top-class clients, improving your skills, developing a great website, writing a brilliant lead magnet or becoming a market leader in your chosen field.

Story: This really was an epic feat even for our indefatigable hero. Not only did he have to once again travel to the edge of the world, but he had to fight the son of a sea god, make friends with Prometheus and hold up the sky on his shoulders for Atlas, and then on top of that (no pun intended) manage to convince him to take it back.

Copywriting Lesson: This task required not just brute strength but also a huge amount of persuasion. Had he not convinced Atlas to take back the sky he would have been stuck with a crippling burden forever. Luckily he knew the secrets of persuasion and was saved. If you didn’t know by now, copywriting is persuasive writing.

Labour 12: Capture and Bring Back Cerberus

Story: Incredibly, this final task was the most dangerous of all. It required Hercules to journey to Hades (the Underworld) and kidnap a three-headed beast. An impossible feat even for our intrepid hero – or so you might think! But once again he succeeded where all others would have failed. How? He got prepared. That’s how. He made sure he had all he needed to do the job and most importantly returned to the land of the living.

Copywriting Lesson: It’s all very well being a good copywriter. But if you are running your own business you will also have to plan ahead, multi-task, prioritise, think on your feet and take calculated risks. In this task, we saw Hercules do all of these so that he was prepared for the challenge and able to recover when he was in a very difficult place. Your job as a copywriter is to bring back Cerberus each time you write copy…Cerberus being ‘conversions’ of course.

So, you see, even from an unlikely source like the ancient fable of the Labours of Hercules, if we are astute we can learn valuable lessons that we can apply to our copywriting business to make it even more successful and profitable.

Of course, I have had to condense his tasks into very short stories and in the process have missed many little facts and different versions that have been passed down through the years.

I would love to hear your own epic copywriting stories.

How would you apply Hercules’s 12 labours as analogies to the world of copywriting?