Meet the Godfather of Public Relations (And Discover Why Adults Love Pokémon GO!)

So, who am I talking about here?

Nope. It’s not George Creel…or Walter Lippmann for that matter.

But to be fair, all good guesses.

In fact, I could put together a fairly strong case for all of them. After all, these guys certainly rank as giants in the world of what we nowadays call public relations (remember, it was just plain propaganda back then) and are all good runner up candidates for the position I have in mind.

But no, the person I am thinking about is Gustave Le Bon.

Who was he and why do I think he’s the real Godfather of PR?

Gustave was a Frenchman born back in 1841 and broadly speaking could be described as a scientist.

But what makes Gustave so important in the field of public relations is that during his spell as a social psychologist he penned what was to become a very influential book; The Crowd: A Study of the Popular Mind.

In this book he developed radical new theories concerning what he pejoratively called ‘herd behaviour’ and what we now refer to as ‘crowd psychology’.

These influential ideas were later picked up on by famous thinkers such as Sigmund Freud, Wilfred Trotter and Wilfred Bion, and used as a platform to go on to develop and refine what we now call ‘Public Relations’.

Not all of Gustave’s work now stands up to close scientific scrutiny, with some even considered downright dubious and unethical. However, applying modern standards of morality to judge the work of someone born nearly 180 years ago can be hugely problematic, to say the least so let’s not go there.

Instead, let’s look at the more positive consequences of his work and think about how they might apply to the world today (especially in relation to how mass social media networks can create crowds anywhere in the world regardless of where people actually live).

‘He is no longer himself, but has become an automaton who has ceased to be guided by his will.’ – Gustave Le Bon 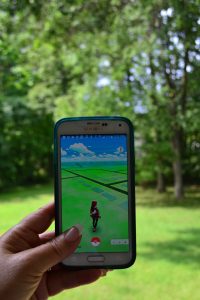 Gustave observed that crowds cause individuals to go into a sort of hypnotic highly suggestible state in which they will sometimes act in irrational ways that they would never consider in a million years if left on their own.

What’s even crazier is that the irrational behaviour spreads quickly throughout the group; hence the term ‘contagion theory’.

At best this can be a wonderful communal experience (think great music concerts and fun Caribbean carnivals) and at worst – well…just look at Pokémon GO or opening time on Black Friday at Walmart!

2. Groups are basically rebellious teenagers in a full on super strop

‘In crowds it is stupidity and not mother wit that is accumulated.’ – Gustave Le Bon

Now, for the record, I have nothing whatsoever against rebellious teenagers. Heaven knows I was one myself once.

But what Gustave noticed about large groups was that they were not only highly emotionally charged, capricious and displayed exaggerated behaviour patterns, but also had unshakable self-belief, and almost always became less smart than the individuals making the numbers up.

Or as he put it; ‘by the mere fact that he forms part of an organized crowd, a man descends several rungs on the ladder of civilization.‘

Not only that, but crowds hate people deviating from within the group and will deal with them very harshly.

In fact, ironically the only thing they dislike more are other different groups!

3. Forget the power of reason and go for the emotional sucker punch

‘Crowds being only capable of thinking in images are only to be impressed by images.’ – Gustave Le Bon

It would be lovely to think that large groups of people all act reasonably, intelligently, and are good natured and orderly but as we have seen it seems that the truth can be quite the opposite.

This means if you are trying to appeal to any large group forget about any rational arguments and logic, and instead think of the bigger picture, go straight for the emotional heartstrings and pray you get it right.

4. Birds of a feather stick together

‘The memorable events of history are the visible effects of the invisible changes of human thought.’ – Gustave Le Bon

Or as we put it these days: Convergence Theory!

Simply put, people who want to act in a certain way tend to find themselves coming together to form crowds, groups or tribes.

As it happens eventually (given the right reason for the group to come together in the first place) when their numbers reach a certain critical mass ‘collective’ action occurs spontaneously and automatically.

Scientists have explained this ‘hive mind’ phenomena by suggesting that as individuals we tend to feel powerless to make any real and lasting change, but through a ‘strength in numbers effect’ we become empowered and convince ourselves that collectively we can make real social changes.

5. Forget Kings and Queens or Presidents. It’s the crowd’s will that counts!

‘The beginning of a revolution is in reality the end of a belief.’ – Gustave Le Bon

Perhaps a little like today, Gustave lived in a tumultuous period.

It was through studying large mob events such as the defeat of Emperor Napoleon III and the subsequent Paris Commune at close hand that he concluded that ‘The destinies of nations are elaborated at present in the heart of the masses, and no longer in the councils of princes.’

I think this was his way of saying that if you try and go against the will of the masses no matter how big and strong you think you are, you are destined to fail.

‘Science has promised us truth…It has never promised us either peace or happiness.’ – Gustave Le Bon

It was a huge subject that Gustave got the ball rolling on and its impact is more far-ranging than I imagine he would ever have dreamt possible.

Given the incredible advances in electronic communications happening all around us today I doubt many of us, given the chance, would be able to recognise it in 100 years time either.

I also believe that by understanding and spreading the word about how ‘we’ the public behave we cannot only market to groups more effectively, but as individuals become more enlightened, ethical and collectively start to make more positive changes and less mob rule based negative ones.

What do you think?

Let me know in the comments below:

Looking For A Copywriter? Join The Copywriter Directory

The 7 Principles of Alchemical Copywriting

Add Your Reply
We use cookies (yum yum) to ensure that we give you the best experience on our website. If you continue to use this site we will assume that you are happy with it. Okay. Thank You.